5 of the Most Embarrassing [and Expensive] Typos in Recent History

5 of the Most Embarrassing [and Expensive] Typos in Recent History 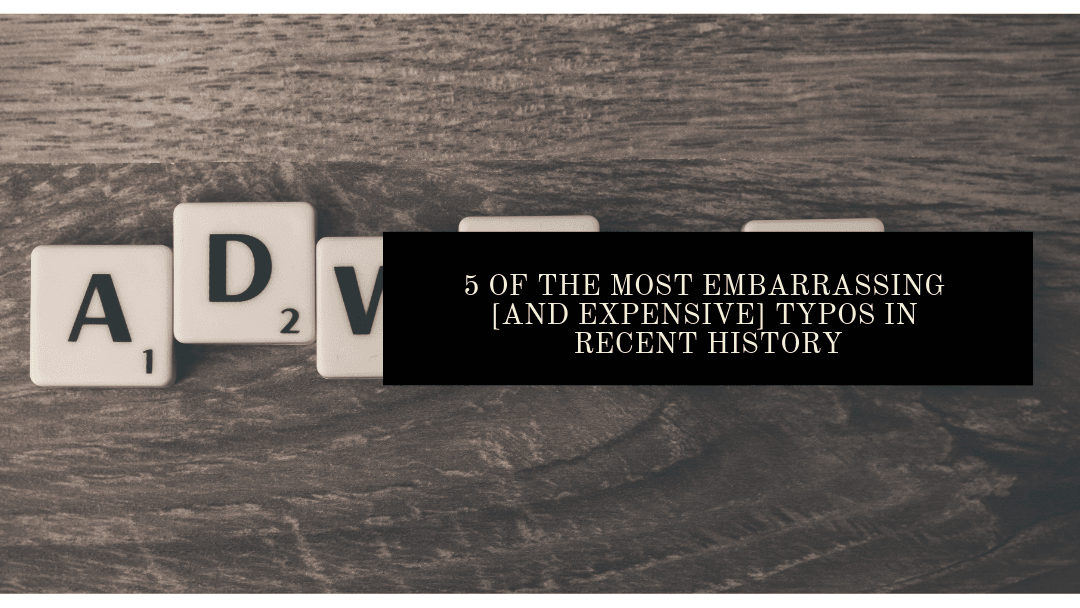 When you’re typing out a caption for a pic of your hotel’s new lobby or writing a description for your store’s newest product, a spelling mistake here or a grammar blooper there might not seem like a big deal.

But slip in the total wrong word or make another embarrassing mistake in front of dozens, hundreds, or even tens of thousands of viewers, and you could be facing backsplash and controversy. One wrong letter or poor word choice could leave your business doing major damage control for weeks after. For small businesses with less positive press in their history, one of these incidents could take years to recover from.

If your business has ever released a document or posted a caption to social media that included a mistake, you’re not alone. Keep reading to learn about a few of the most embarrassing bloopers made by some of the world’s biggest brands and public figures. 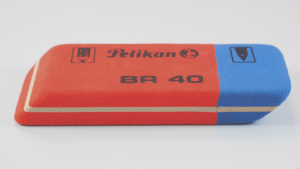 2012 Republican presidential candidate Mitt Romney caused quite a stir when he misspelled the name of the very country he was hoping to lead.

The blooper came out on an application released by the candidate’s press team. The app, “With Mitt,” was released for iPhones and designed to give voters a way to stay up-to-date with the campaign and express their support for Romney. The opening page of the app was supposed to read “A Better America,” but instead said “A Better Amercia.”

The embarrassing blunder didn’t seem to derail Romney’s success, as he still gained enough votes to become the Republican nominee for that year’s election. But there’s no telling whether it lost him enough votes to be a part of the reason why he lost the election to former president Barack Obama!

If misspelling the name of the country that you’re running for president of isn’t ironic enough for you, this typo by a popular clothing brand should do the trick.

H&M released a simple white men’s t-shirt with what was supposed to be a powerful, inspiring message. But switching up just a couple of letters left this Thomas Edison quote looking less than inspirational. Rather than reading “Genius is one percent inspiration and ninety nine percent perspiration,” the shirt started with the non-word “Genious.”

In 2010, publishing house Penguin Australia released what was meant to be a comprehensive guide to crafting authentic Italian dishes. But “The Pasta Bible” took a racist turn when the writer swapped a word and the editor (or likely, editors) failed to catch the mistake.

In a recipe for a dish of tagliatelle pasta topped with sardines and prosciutto, the write swapped out the word “pepper” for “people.” This turned the directions instructing readers to add “salt and freshly black ground pepper” into “salt and freshly ground black people.”

This blunder cost the company more than $20,000 as they were forced to destroy any books that hadn’t yet sold when the typo was discovered. However, the publisher didn’t make a recall of any copies already sold, which means that some are likely still resting on kitchen shelves down under.

4. Roswell Car Dealership Gets a Debt They Can’t Pay

A car dealership in Roswell, New Mexico wanted a marketing tactic that would have an impact and build some brand awareness. Their idea wasn’t exactly unique, but instead was a tried and tested strategy used by tons of dealerships and other businesses world-wide.

Their tactic, mailing out scratch-off tickets resembling lottery tickets, would feature one special card. The winner of that scratch-off was to receive a $1,000 cash prize. The dealership employed Force Events Direct Marketing Company of Atlanta, Georgia to create 50,000 tickets, 49,999 losers and one special winner.

That’s where the blooper occurred. Rather than printing one winner and a very large pile of losing tickets, the marketing company printed just one loser. That meant that they mailed out 49,999 winning tickets, each promising the recipient a $1,000 prize.

The New York City Transportation Authority decided that it was time to raise their pay-per-ride fares from $4.50 to $5.00. To let the public know about the rate hike, they chose to print all new maps and posters. This totaled more than 160,000 documents that needed printed.

But when the posters and maps arrived hot off the press, it was discovered that every single one contained a typographical error. Rather than listing the new price as $5.00, the flyers advertised the old rate as the new one; $4.50. This would ultimately cost the New York City MTA more than $500,000 in damages.

Don’t Let a Typo Put Your Business’ Reputation on the Line
Even the smallest mistake can turn into a major blunder for businesses of any size. Don’t let poor grammar and editing ruin your reputation. Learn more about how we can help you create professional content today! 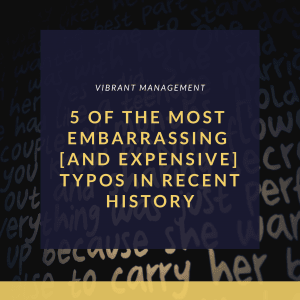