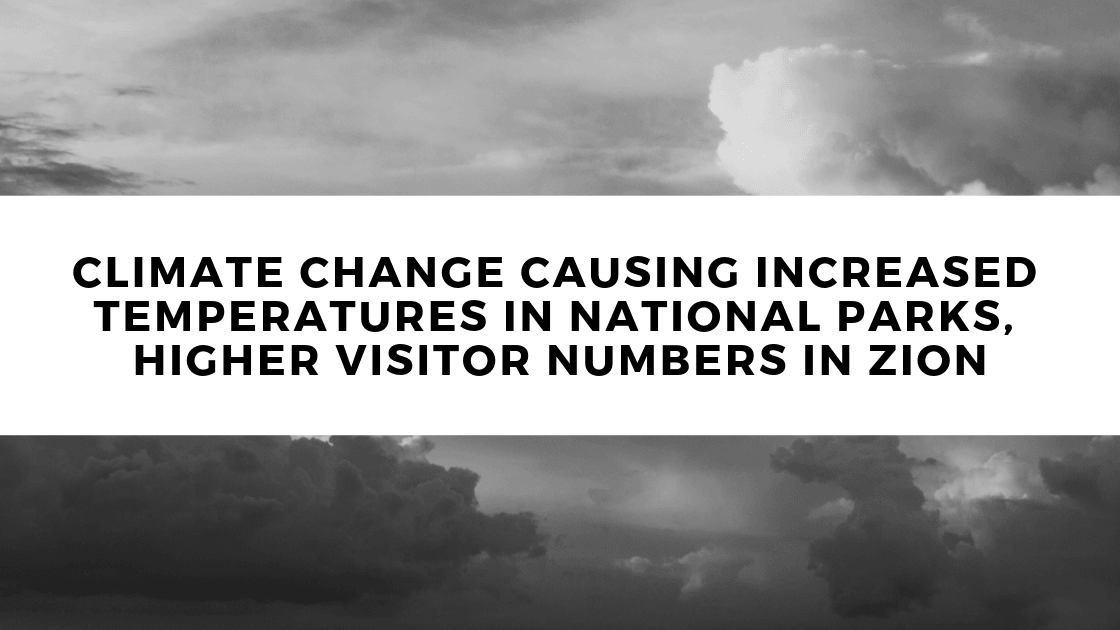 Climate change scientists at the University of California, Berkley recently released the results of a study on national park weather patterns. And the results may spell bad news for our protected federal lands. and particularly, those here in the southwest.

Led by scientist and associate adjunct professor Patrick Gonzalez, the study examined weather patterns across the country. It found that climate change is affecting national parks and other federally protected lands more so than it affects other geographical areas. Gonzalez and his team utilized GIS and spatial analysis to take a look at climate data and temperatures collected in all 50 states, as well as every national park in the country. The data started way back in 1895 and continued through 2010.

While the data has been collected in national parks for years, no comparison has ever been done. Now, the scientists were able to compare the information collected over more than a hundred years. They could then use it to take a look at how climate change is affecting our beloved parks. 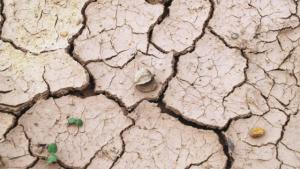 After analyzing their collected data, the team found that the U.S. has experienced an increase in average temperatures of about 0.4 degrees Celsius or 0.72 degrees Fahrenheit between 1895 and 2010.

But in the national parks, the temperatures have risen even further. On average, federal lands have warmed by 1 degree Celsius, or 1.8 degrees Fahrenheit.

The team also looked at what they called “extreme” conditions that have occurred in national parks in periods of 10, 20, and 30 years. To be considered “extreme,” conditions need to have been warmer or colder than 95 percent of the historical range of conditions in that location.

Looking at these temperature changes, an increase of under 2 degrees may not seem like a lot. But Gonzalez warned that even a tiny increase in temp can turn into major changes at ground level.

Changes in temperature can affect rainfall and snowfall, as well as snow melts and flooding. When temperatures rise, an area may begin to outpace its rainfall. Where the average yearly rainfall may have once been enough to keep a region green and lush, it may now become dry and arid as evaporation ramps up. With droughts comes less plant life. That means less access to water and food for wildlife, which in turn decreases their populations.

Even trees that are able to store water can only tolerate so much drought. Too dry of a climate compared to what they are used to will leave them less able to defend themselves against pests such as bark beetles. Utah’s forests experienced an infestation of bark beetles in more than 50,000 acres in 2012. This has lead to a mass die-offs of native trees.

Less rainfall and drier conditions may not be as noticeable to the average day visitor in Zion or other Utah national parks. But other parks and recreation areas in the southwest are experiencing changes that are easier to see. The water level in Lake Mead, for instance, has been dropping for a number of years. The reservoir was nearly full in 2000. But last year, levels dropped to 94 feet below where they were 18-years prior.

Another side effect of increased temperatures may also mean a greater chance of wildfires in some regions.

Why National Parks May be Experiencing Increased Changes

To those of us outside of the study, it does seem odd that national parks would be experiencing greater climate change conditions. After all, most of those other areas don’t have federal protection against industry, logging, and other environmental hazards.

But it actually makes perfect sense. Our nation has taken measures to protect the most unique landscapes in our country. This includes plenty of landscapes that already experience extreme weather and temperatures compared to other regions.

Besides the risks and changes that parks may experience as a result of increasing temperatures, experts also predict an increase in park attendance.

Zion already sees plenty of visitors during its warm summer months. But increasing temperatures in the shoulder seasons, during the early spring and late fall, may bring more guests to the area. In fact, the National Park Service is anticipating an 8 to 26 percent increase in visitation to Zion by 2041. They say the increase is a direct result of climate change.

What Local Businesses Can Do

As visitors to national parks become increasingly concerned about climate change in the parks and elsewhere around the world, local businesses can do their part to help reduce their carbon footprint and offer their guests ways to do the same. From paper straws in restaurants to offering the option to reuse towels and linens in hotels to going paperless with e-receipts and online records, there are plenty of ways your business can do its part.

Of course, businesses throughout southern Utah and especially those located close to national parks can also prepare to continue accommodating increasing crowds with each passing year.

A strong online presence and a solid website is not only a great way to accommodate an increase in inquiries and visitors, but also an excellent way to begin taking steps to reduce your paper record use and your business’ overall carbon footprint. 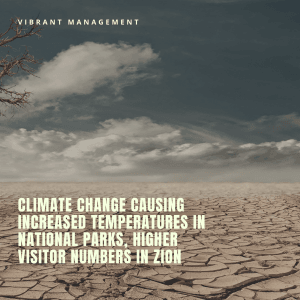