E-Bikes And Atvs Are Rolling Into National Parks Soon

E-Bikes And Atvs Are Rolling Into National Parks Soon 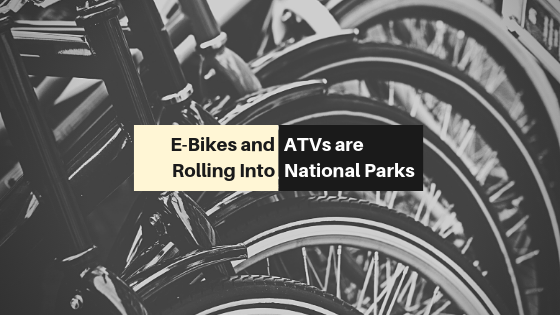 Changes are on the way for Utah’s Mighty 5. And they involve adding some new motorized vehicles to roadways and trails in the parks.

E-bikes are already rolling into national parks across the nation. ATVs and other off-road vehicles aren’t far behind. They’ll soon be on national park roadways, but only in Utah. Keep reading to learn what you need to know about the coming changes. 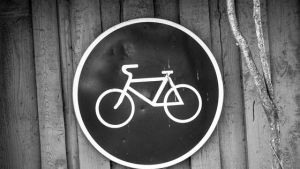 It’s already been a few weeks since changes to the law opened up national park trails to motorized bikes. Interior Secretary David Bernhardt signed an order on August 30. The order states that e-bikes would be considered traditional bikes, not motorized vehicles. Just so long as they met certain qualifications.

Not All E-Bikes Are Welcome

The order applies to what is called “Class 1” e-bikes. These bicycles only go up to 20 miles per hour and are “pedal-assisted” bikes. This means that they don’t move entirely on their own; the rider still needs to pedal, and the motor helps make pedaling easier.

Class 1 e-bikes make up the majority of motorized bikes on the market today. Other e-bikes are capable of going speeds of 30 miles per hour or more. Many are capable of riding completely motorized, which means that the rider does not need to pedal at all.

Supporting and Opposing the Change

Opponents of this new order worry that 20 miles per hour is still too fast for a trail that also has hikers, traditional bikes, and sometimes even pets on leashes or horses. Many national park trails are also at least somewhat rugged, with sharp turns and steep climbs. Wildlife on trails will have little warning when these fast but quiet bikes come speeding along in their path. These factors could make e-bikes dangerous both for wildlife, riders, and others enjoying the trail.

But proponents of the order point out that allowing these bikes means that those with limited mobility or who are lacking endurance can now enjoy some of our national park’s most beautiful trails.

The order only allows e-bikes on trails and roadways that already allow traditional bikes. For instance, in Zion National Park, e-bikes and traditional bikes are only permitted on roadways and on the Pa’rus Trail.

A separate order is underway that may soon allow off-road vehicles like ATVs and UTVs to share the road with cars and trucks in all 5 of Utah’s national parks.

Unlike e-bikes, these vehicles won’t be allowed on trails. Instead, they will be limited to main and back roads. Like the e-bikes, they must meet certain requirements, including meeting safety standards and proper registration and licensing.

Supporting and Opposing the Change

Also, like the e-bikes, off-road vehicles are being met with opposition. Many groups are worried that even though off-road vehicles will only legally be allowed on marked roads, some people will abuse the welcome and take their vehicles elsewhere in the park. Even just one off-road adventure in the park can destroy plants, kill wildlife, and leave a mark that could take years to grow back.

Jenkins and other proponents of the new rule point out that off-road vehicles equipped with safety standards and properly licensed and registered have been allowed on all state and county roads since 2008. Lawmakers decided that because off-road vehicle owners pay gas tax and registration fees that go towards improving roads, that they are entitled to enjoy those roads as well.

This new law won’t affect all national parks. Instead, it is limited only to Utah’s Mighty 5.

Dealing with Changes in our National Parks

Dealing with changes like e-bikes being allowed on trails and ATVs allowed on roadways is about more than just changing some signage. Visitors to the parks who choose to take advantage of these changes and enjoy a new way to experience their favorite park have a responsibility; they have to do what they can to minimize their impact.

Whether that means slowing down on trails when hikers or other bikes are present or sticking strictly to the pavement on your ATV or UTV, the only way we can protect our parks for future generations is by starting now, even as these modern changes roll out. 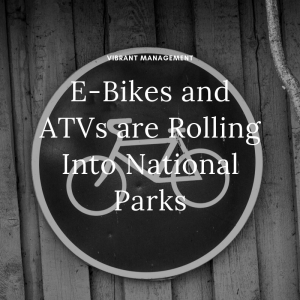