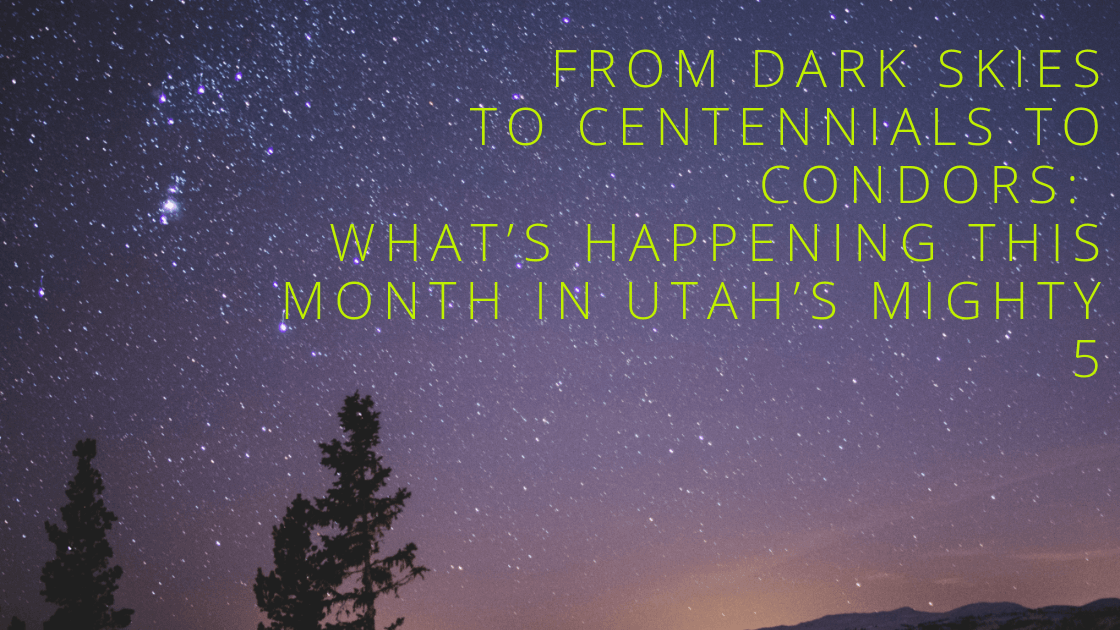 The summer months have always been a busy time for Utah’s Mighty 5 national parks. Warm weather, clear skies, and school vacations draw visitors from across the country and around the world. This summer has been no exception, with record-breaking numbers entering the parks. The popularity of Zion, Capitol Reef, Canyonlands, Arches, and Bryce Canyon hasn’t changed. But plenty of exciting things have been happening in these federally-protected lands in the last few weeks. Here’s what’s going on. 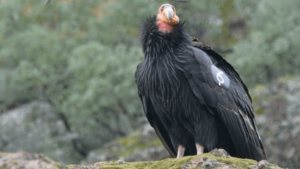 In July, Arches National Park officially became an International Dark Sky Park. The designation is provided by the International Dark Sky Association. This organization that seeks to recognize lands that have taken measures to eliminate light pollution. This creates protected areas where visitors can enjoy exceptional quality of stargazing. It also protects natural nocturnal environments for scientific, natural, cultural heritage, or educational purposes.

In order to gain this designation, parks have to take a number of steps, all geared towards reducing light pollution and encouraging education about dark skies and their importance. While communities, nature preserves, sanctuaries, and even urban areas can all receive an International Dark Sky designation, parks have special requirements. They must be public lands or else be private lands that are accessible to the public, either partially or fully, for scientific, educational, culturall, or enjoyment purposes. They must provide dark sky resources to the surrounding communities. And of course, they must take measures to keep their skies dark. This includes utilizing fully-shielded light bulbs designed to minimize glare and light emissions.

There are dozens of dark sky parks across the nation, including:

Canyonlands and Capitol Reef National Parks also already hold the designation. Arches National Park will officially celebrate the occasion on September 21 when it holds a ceremony and a star party at the new Panorama Point stargazing area.

The California condor is North America’s largest flying land bird. Once found in great numbers across much of the southwest, these large birds make their nests in caves on sheer cliff faces, high in the desert mountains. Because they can reach a wingspan of up to 10 feet and over 30 pounds in weight, these high nests make it easier for their larger bodies to take-off than it would be to do so at ground level.

Despite never being hunted for food and being considered sacred to Native Americas, California condors were once considered officially extinct in the wild. During the 1970s, their populations began to rapidly decline. Scientists largely agree that this is at least partly a result of lead poisoning, caused by poisoning that occurred when these carrion birds eating prey that had been shot and killed with lead shot. Their habitats were also destroyed by deforestation, and the introduction of windmills for power likely also contributed.

No matter the exact cause, by 1987, there were fewer than 2 dozen California condors in the wild. These were gathered up and taken into captivity, making the animal officially extinct in the wild. A breeding program was then begun, and by 1992, they began to be reintroduced into the wild.

Today, a small population, around 88 birds, live on the border of Arizona and Utah. In early spring, a pair of these condors who had visited the park before built a nest in Zion, on the cliffs below Angels Landing. In May, park officials believed that the pair had hatched an egg, based on behavior changes of the two parents. Now, the hatching has been confirmed. If the chick survives until November, he or she will be the very first to fledge at the park since the species reintroduction. The chick is also the 1,000 egg hatched since the breeding program began.

This year, Zion National Park will celebrate 100 years as a national park. While the celebrations won’t kick off until the anniversary in November, preparations are already underway, including the creation of a brand new film for the park’s visitors center.

The old film has aired for more than 20 years. While it still does a wonderful job of introducing visitors to what they can expect, park officials are worried that it no longer resonates with a modern audience. Where visitors to the park once relied solely on the film, guidebooks, or word of mouth to plan their visit, now tourists from around the world can research, plan, and even virtually visit the park without ever setting foot in Utah. This means that they are experiencing the park in ways that previous generations never have.

The new film is created by the Zion National Park Forever Project. It will introduce a range of characters rather than simply showing images of the park. The characters range from local ranchers, to tourists, to rock climbers, to park rangers. Each will share how they enjoy the park, what it means to them, and what they are doing to protect it.

Once it is debuted this fall, the film will replace the old one. It will then be played for tourists at the visitors center. A longer version will also be available for purchase. 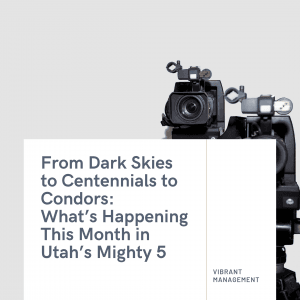