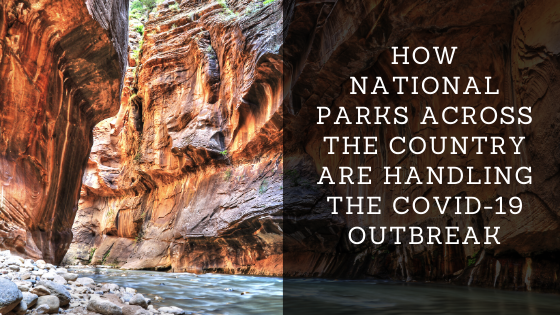 As the sun set on Utah’s famous red rock cliffs and towering arches Friday evening, the National Park Service announced that two of the Mighty 5 would be closing until further notice. Effective today, both Arches and Canyonlands, located near popular Moab, are closed to the public.

While the state’s other three national parks remain open at this time, some officials have raised concerns about whether an influx of visitors could be increasing the public’s chance of exposure to coronavirus.

Social-distancing has forced many Americans to alter their usual routines. With smaller local parks off-limits, many are heading to their closest national parks. While it’s true that these parks are an oasis of open space and fresh air, as visitors crowd the most popular hiking trails, overlooks, and parking lots, keeping a distance of six feet has become a challenge.

Keep reading to learn how national parks are handling the crisis, and what changes could be coming to Utah’s other parks. 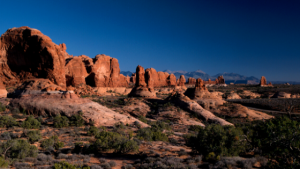 As COVID-19 began its sweep across the U.S., the National Park Service made the decision to allow individual parks to close facilities and take measures to help visitors and park staff practice social-distancing.

One of the first moves made across the parks was the closure of facilities. Museums, visitor centers, and gift shops closed, as did in-park lodging. Ranger programs and other activities were also canceled.

Another move was to suspend entrance fees at all 61 national parks. The move was two-fold. It helped to limit contact between visitors and park staff as they entered the parks. It also gave more Americans the option to get outdoors in our national parks during this difficult time.

Unfortunately for many parks, the combination of free fees and the drive to get outdoors led to crowds at a number of the most popular national parks.

As crowds grew in popular parks, some made the tough decision to close their doors. On Tuesday, March 24, three of the most-visited parks in the country closed for an indefinite period. Great Smoky Mountains, Grand Teton, and Yellowstone national parks were the first parks to close. Several national monuments, including the Statue of Liberty and Pearl Harbor National Monument, had already closed as well, because of the difficulty of keeping safe social-distancing space in these locations.

Will Other National Parks Close Their Gates?

At this time, only those six national parks are currently closed. But that could change at any time.

The CDC announced that they would soon be issuing new guidelines for national parks. These guidelines are expected to detail how to manage visitor numbers and perhaps recommend additional closures of facilities or even the parks themselves.

National parks aren’t the only ones facing these difficult decisions. Many states are also closing or discussing closing their state parks. Utah made the decision to close its parks to most visitors. Only those who live in the county where the parks are located are allowed to enter at this time.

The national parks that do remain open at this time are continuing to make changes to their operations to keep visitors safe.

In Zion, part of the trail to Angels Landing has been closed. Pictures released before the closure showed the trail crowded with guests, despite warnings from park officials about social-distancing. At Grand Canyon National Park, all river trips were cancelled last Tuesday. Joshua Tree closed its roadways, so that visitors could only enter by walking into the park.

These types of closures are expected to continue in the coming days and weeks.

If you have to travel by plane or a lengthy car ride to get to a national park, it’s best to stick to your local state parks at this time. But if you’re lucky enough to live near a national park and want to visit at this time, it’s important to follow the guidelines released by the National Park Service and the CDC:

While Utah’s other national parks remain open at this time, that could change with any moment. Before you head to your local park, check its website to learn about any new closures. Once in the park, head for less-visited areas and scenic hiking trails.

Looking for other ways to get out of your house and practice social-distancing? Check out this list of scenic drives for the perfect afternoon cruise, or these scenic destinations where you can get outside without the crowds. 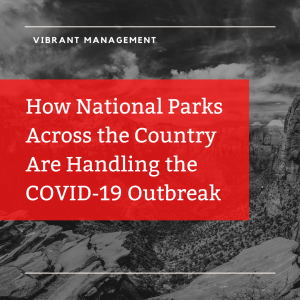