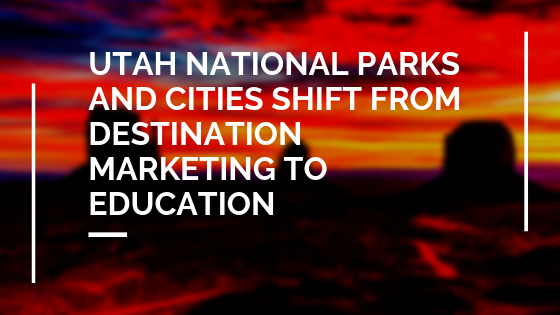 Utah’s National Parks and cities have been creating and running marketing campaigns for decades. Each is designed to boost tourism to the state. These campaigns have been wildly successful; so much so that some parts of the state, like Moab and Zion National Park, are experiencing such high numbers of visitors that crowding, traffic, and destruction to natural areas has become a serious problem.

There has been talks of setting caps on visitor numbers. But the national parks themselves, alongside cities and tourism boards across the state, are instead seeking to shift their marketing efforts. Rather than focusing solely on boosting tourism, they are now seeking to educate visitors on how to better protect the parks.

Keep reading to learn how marketing has shifted in recent years, and what is being down now to protect our state’s national parks. 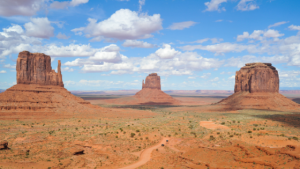 In 2013, the Utah Office of Tourism launched a marketing campaign titled “The Mighty Five.” At a cost of more than $3 million, the campaign featured a wide variety of marketing tactics. These included an extensive social media campaign, billboards, and more. Television commercials aired in several major West Coast cities, including:

Perhaps the most memorable strategy were the massive wallscapes that adorned the sides of skyscrapers in several of these cities. These wallscapes featured images of some of Utah’s National Park’s most famous landmarks.

When “The Mighty 5” campaign rolled out, tourism had already been on the rise in Utah’s national parks since 2008. In 2012, more than 11.6 million people visited the five national parks, seven national monuments, two national recreation areas, and one national historic site.

The marketing campaign lasted just a few months. But since then, all five national parks have seen a sharp increase in visitor numbers. By 2019, the parks had seen an additional half-million visitors. It’s impossible to say that the campaign alone is responsible. But it seems likely that it was at the very least a large contributor.

Zion, Bryce, and Arches National Park are already experiencing issues with crowding and congestion. Too many more tourists, especially during the summer months, would only lead to even further problems. For that reason, the National Park Service and tourism boards, like the Moab Area Travel Council, have shifted their efforts. Rather than seeking to attract new guests, they are instead looking for ways to educate the masses that pass through the state on holiday.

“We the Keepers” Centennial Celebration in Zion

This November, Zion will celebrate 100 years since becoming a national park. To mark the occasion, the National Park Service has planned a variety of events. They kicked off with a concert featuring the Utah Symphony Orchestra and special guest Sting on August 31. A limited-time exhibit in the Zion Human History Museum is also already open, packed with photos and historical artifacts from the park’s last 100 years. In November, an art event and other festivities will take place.

All of these events are part of a special centennial campaign titled “We the Keepers.” This name and the message it conveys are designed to help visitors learn what is being down to care for Zion, and how they can do their part during their visit. The culminating effort of this campaign is the release of a new introductory video for the Visitor Center. The film will share stories told by actual people who have a connection to the park. These individuals will discuss how they interact with Zion, as well as what they are doing to preserve it for future generations.

The Moab Area Travel Council is also joining in the efforts to spread awareness about conservation issues on our natural lands with their new campaign titled “Do It Like a Local.” The largely-digital campaign will feature video and display ads, content on sites like TripAdvisor, table tents, street banners, and more.

The message will include six basic tips to help visitors better preserve the places they frequent. Tips include things like wearing the right shoes and packing out any trash you bring in.

Looking to the Future of Marketing in the Parks

Utah’s national parks have seen a steady increase in tourism that has shown no signs of slowing down, even in times of recession. But while high visitor numbers means better profits for the businesses around our national parks, destruction of natural resources, traffic, and crowding is a problem for everyone.

Measures like the “Do It Like a Local” campaign and Zion’s “We the Keepers” celebration help to better educate the public on how to be responsible visitors, so that future generations can also enjoy incredible vacations in our beautiful state. 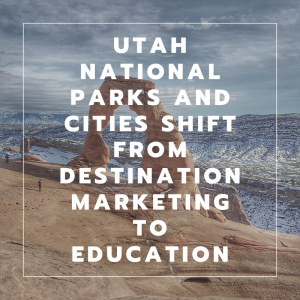