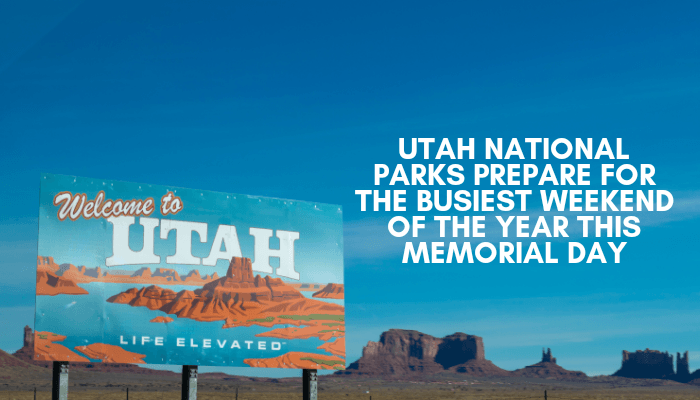 This weekend, people across the nation will reflect on our fallen troops. There will be plenty of parades and ceremonies, festivals and memorials. But for much of the country, Memorial Day weekend is also the unofficial start to summer. And countless families choose to mark the occasion with some outdoor fun.

National parks across the U.S. are anticipating heavy traffic and high attendance levels starting today. These will stretch through the weekend, with Saturday and Sunday expected to be the worst. Utah’s own Mighty 5 and its 43 state parks and recreation areas are no exception. 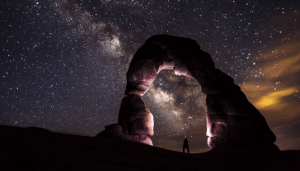 Arches, Zion, and Canyonlands national parks all experienced their highest attendance of the year during Memorial Day weekend last year.

Zion alone had more than 86,000 visitors during the four-day period. Already the state’s busiest park, the sheer number of visitors caused traffic and delays. Zion National Park is the nation’s fourth most-visited park, with more than 4.3 million visitors a year. But what many people don’t realize is how much smaller the park is, compared to others.

The most visited national park, the Great Smoky Mountains, is over 500,000 acres. Coming in second is the Grand Canyon, which covers a whopping 1.2 million acres. Even Rocky Mountain National Park, the third most-visited, is 265,000 acres.

But Zion’s 4 million visitors have just 146,000 acres to explore. On an average day, that’s plenty of room to roam, even when you consider how much of that acreage is wilderness. On Memorial Day weekend though, tens of thousands of visitors all vie for the same popular trailheads, visitor centers, and other hot spots. This year, park officials are anticipating the same or even larger numbers.

It isn’t just Zion that’s expecting crowds either. Arches and Canyonlands both had lengthy lines at their entrance gates last year.

In years past, the abnormal number of visitors has caused many problems. These include traffic jams, lines at entrances, parking problems, and lines at trailheads. Last year, rangers took note of trouble spots during Memorial Day weekend. This year they’ve planned several changes.

Last year, Zion rangers managed trailhead lines at Scout Lookout for hikers waiting to make their way to Angels Landing. But the location of the queue meant that waiting hikers used the evaporation toilets. These aren’t designed for the number of users they experienced. The long lines at times reached an over two hour wait. This left hikers running out of water, while others complained that the trails were overcrowded.

These safety concerns have led rangers to take extra precautions this year. The line for those hiking to Scout Lookout and Angels Landing will now be at the West Rim trailhead at the Grotto. Here, hikers will have access to flush toilets and extra port-a johns. There are also stations where they can refill water bottles.

By better managing the line of hikers waiting to start the trail, rangers are also planning to field test a recent study on potentially adding hourly thresholds on how many people can hike the trail to Angels Landing. This would not only limit dangerous crowds, but also help to reduce the impact on soil and vegetation.

Lines at the entrances to each of the national parks are expected to reach an hour or longer. As parking spaces fill and traffic slows in the park, rangers may choose to delay additional visitors from entering the parks until it is safe to do so.

Winter Storm May Cause Even More Delays

Even with these changes and crowd control methods, problems may still persist in Zion and Bryce Canyon this weekend, thanks to a late season winter storm that blew through just days ago. Both parks had significant snowfall, with Zion’s Kolob Canyon receiving around 4 inches of snow and Bryce Canyon experiencing up to 6 inches in some areas. Lower elevations received rain that has caused muddy conditions and rising water levels.

Even though most roads and trails will likely be open for the weekend rush, the storm is expected to delay the opening of the Narrows in Zion. This popular trail closes when the water level of the Virgin River get too high, as it did with the recent snowmelt. Park officials warn that the trail may not reopen again until June. This may cause additional lines at Angels Landing and other popular trails as hikers have fewer options.

National Park Tourism is a Boost to Utah’s Economy

While a surge in visitors during the Memorial Day weekend may be a headache for rangers and park staff, it’s just another boost to Utah’s economy. The state’s national parks are already a major driving force for bringing visitors to the state. They bring with them increased spending on hotels, food, and recreation.

Overall, national parks brought in over $1 billion to Utah’s economy, with the Mighty 5 contributing over $800 million of that. And that was just in 2018; 2019 may even top that.

How Local Businesses Can Take Advantage of the Crowds

National parks already bring in massive crowds to the state. Local businesses have a chance to cash in on traffic delivered right to their front doors.

Taking advantage of this traffic means planning ahead to target visitors looking for a place to stay, eat, or play during holiday weekends. But the stress of managing websites, social media, and other marketing is a lot when you’re also trying to cater to an influx of customers or guests. Learn more about our story to find out how we can help take away some of the stress while also allowing you to take advantage of visitors heading to our state’s famous national parks! 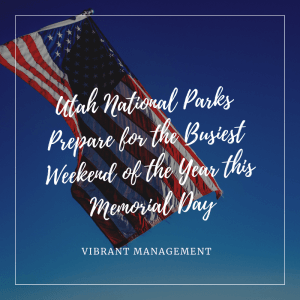